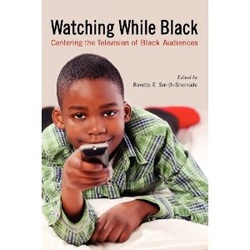 The TV da Gente television network was the first channel in Brazil to make racial representation part of its televisual mission. In this chapter, I examine the role of alternative black media networks within the landscape of Brazilian racial politics. I explain the concept of racial democracy in Brazil and how this ideology effects television and media representations of Afro-Brazilians. I then discuss the founding of TV da Gente, as well as the types of programs they produced. Finally, I articulate the specific ways in which this network intervened within common assumptions about race and the place of Afro-Brazilians in Brazilian public life. I argue that Afro-Brazilian media producers constitute new actors in the struggle for racial recognition in Brazil.

(En)countering Exceptionalism: Afro-Brazilian Responses to the Rise of Obama in SãoPaulo, Brazil (accepted for publication in the Journal of Latin American and Caribbean Ethnic Studies) 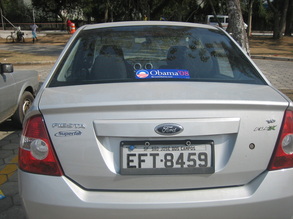 Abstract: Barack Obama’s presidential campaign and victory were highly publicized events that reverberated outside of the United States and were of significant interest to many Brazilians. In this essay, I argue that the longstanding comparison between race relations in Brazil and the United States contributed to Obama’s meaningfulness for Afro-Brazilian activists. Many scholars and non-elite Brazilians have depicted Brazil as less racist than the United States, which contributes to an idea of Brazilian exceptionalism. Afro-Brazilian activists seized upon the public attention paid to Obama to counter this Brazilian exceptionalist position by pointing to forms of racism in Brazil that limit Afro-Brazilian political ascension. 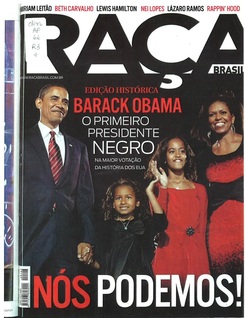 Many Afro-Brazilians in particular were interested in Obama becoming president of the United States. Race Magazine ran a special historical issue in celebration of Obama's presidency. Race Magazine is the only nationally circulated magazine that seeks to represent and address the Afro-Brazilian population. The issue used the iconic photo from Obama's election night on the cover and included a feature story on the president's campaign, background, and family. The issue also included a visual graphic charting the African American struggles for equality, such as civil rights and black power, which laid the foundation for his election. The text reads, "Historic Edition Barack Obama: The first Black President." The bottom reads, "Yes We Can."